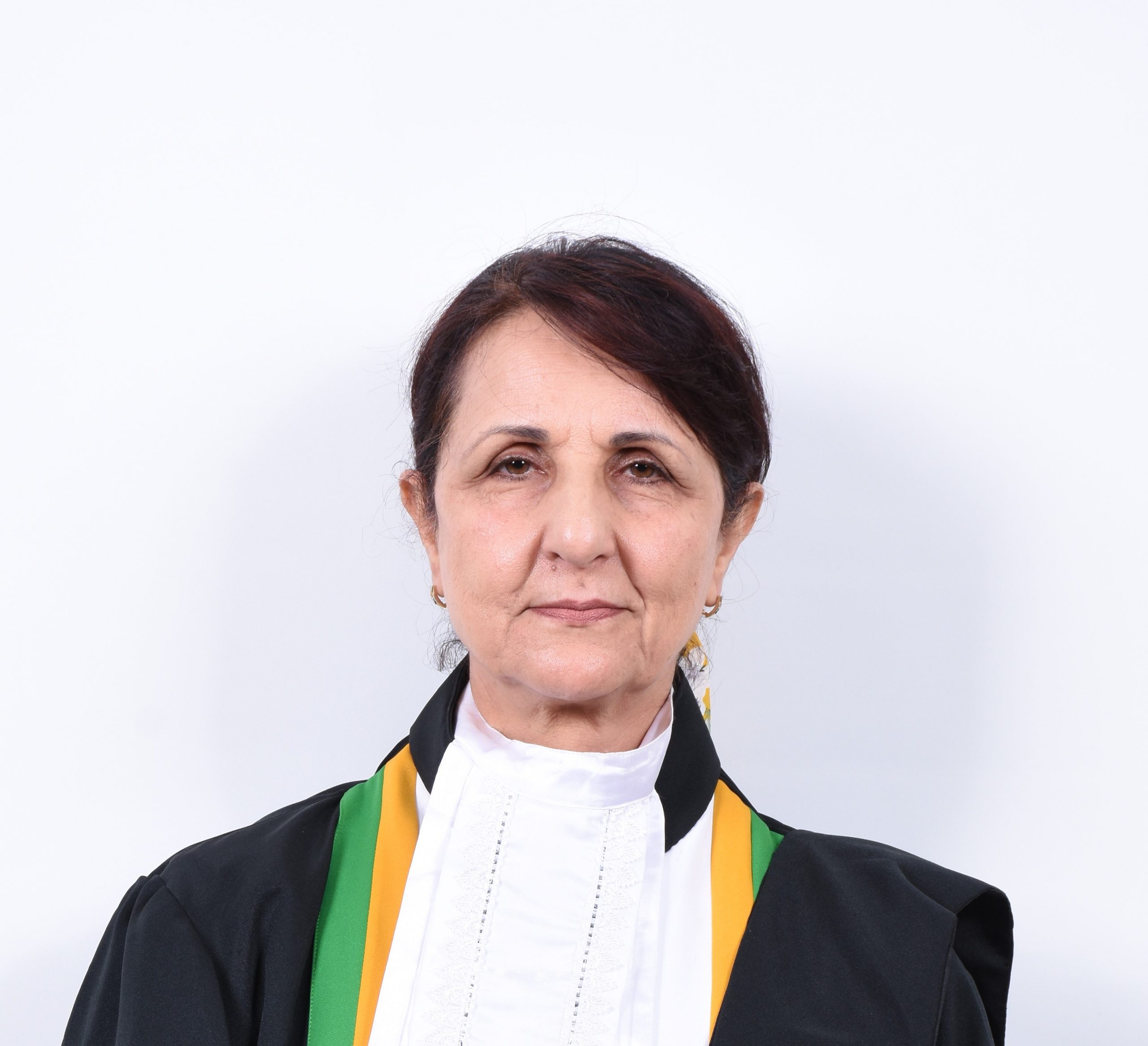 Hon. Lady Justice Bensaoula Chafika is a national of Algeria and was elected judge of the African Court on Human and Peoples’ Rights in January 2017 during the 28th Assembly of Heads of State and Government of the African Union, for a six-year term.

Dr. Bensaoula who is currently a lecturer at the National School of Magistracy in Algeria holds a Doctorate Degree in Public Law.

She has held several key positions in the judiciary and administratiopn of Algeria, including Judge at the Criminal Affairs Chambers for cases involving delinquents, Judge at the Court of Appeal, Member of the Board of Directors of the Institut de Droit et Justice, Inspector of Administrative and Judicial Courts.

Justice Bensaoula has a number of publications to her credit, including: