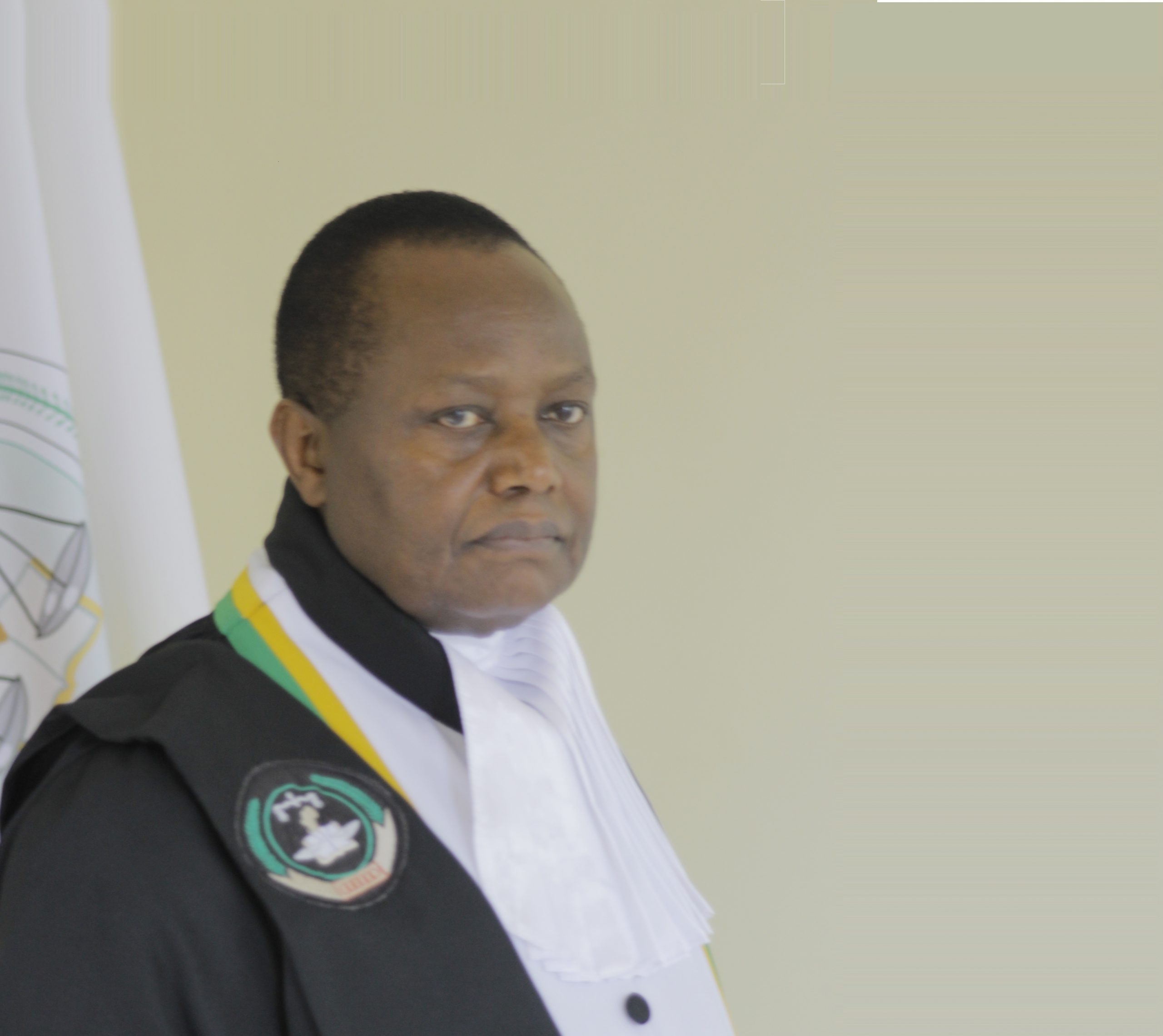 Justice Ben Kioko (FCIArb, EBS) was initially elected judge of the African Court on Human and Peoples’ Rights in July 2012 and re-elected in July 2018 by the Executive Council and appointed by the Assembly of Heads of State and Government of the African Union (AU), respectively. He was elected by his peers as Vice President of the Bureau of the Court and served in that capacity from September 2016, to June 2021

Prior to joining the African Court, Justice Kioko was The Chief Legal Counsel to the African Union (AU) and Director for the unified Central Legal service for the AU, its organs and institutions, including the AU Commission, regional as well as representative offices for more than a decade. Prior to being appointed The Chief Legal Counsel, Justice Kioko served as Senior Legal officer in the Legal Department of the OAU/AU.

In the capacity of Chief Legal Counsel, he was responsible for oversight of all legal matters including provision of legal advice, drafting of treaties and agreements, conduct of all elections, as well as advising all AU organs and institutions including the Executive Council and the Assembly of Heads of State and Government. He oversaw the drafting and negotiation of at least twenty-five treaties on different areas, including human rights, governance, and peace and security, and in the building of their treaty bodies. He was also involved in the formulation and implementation of AU programmes, projects and strategic plans and in the establishment of some Public Private Partnership initiatives, notably, the drafting of the treaty establishing the African Risk Capacity (ARC) of which he also advised on its implementation. Judge Kioko was also involved in the conceptualisation, drafting, negotiations and adoption processes for the African Court Protocol.

He also initiated among others, the establishment of a publicly available web-based status information system on OAU/AU treaties, an electronic voting system for use by AU policy organs, the Annual Consultative Forum of Legal Advisers of the AU and the RECs, as well as close working relations between the AU Legal Department and the office of the Under-Secretary General for Legal Affairs and Legal Counsel for the United Nations (UN). He also supported the initial stages of the establishment of the African Legal Support Facility hosted by the African Development Bank Group, the African Institute of International law and  the Pan-African Lawyers Union (PALU).

His experience with sensitive political issues includes his involvement in the investigation into the assassination attempt on President Mubarak of Egypt in Addis Ababa, the Conflict between Eritrea and Yemen, the Hissène Habré case as well as the formulation and adoption of many Common African Positions notably on the principle of universal jurisdiction and the International Criminal Court (ICC).

Prior to joining the African Union, Judge Kioko, who is also an Advocate of the High Court of Kenya, served in various capacities in his home country including working for government and private legal practice.

He serves in several international advisory boards as well as editorial boards of various international Law Journals. He is a Fellow of the Chartered Institute of Arbitrators (FCIArb) and a recipient of two prestigious national awards, including the Elder of the Order of the Burning Spear(EBS).

Judge Kioko’s has a keen interest and experience in the design of structures and vehicles that hold public-private cooperation projects that are international nature, and which involve multiple countries and private sector actors, by a  complex series of agreements that are, on the one hand, more like  treaties and, on the other, more like public-private sector arrangements as well as the disputes arising from their implementation, including arbitration & mediation.