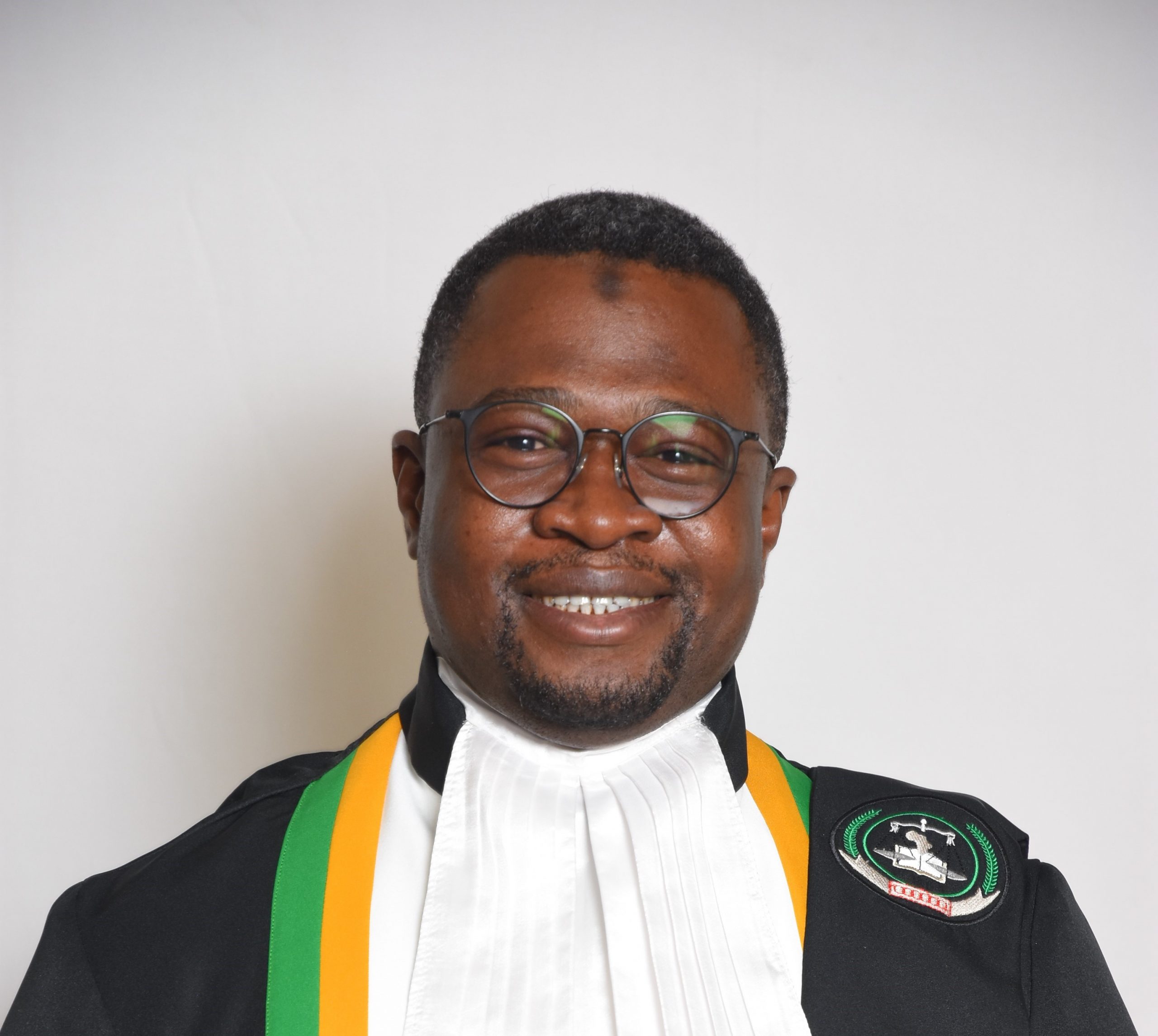 Hon. Justice Sacko Modibo is a citizen of the Republic of Mali.

Judge Modibo holds a Master’s degree in Law from the Faculty of Legal and Political Sciences (Mali) and four other university degrees in law obtained at the Ahmed Baba University (Mali), the Jean Moulin 3 University (France) and the Nice Sophia Antipolis University (France). He obtained a doctorate in 2019 at l’Institut de Pédagogie Universitaire in Mali. His doctoral thesis is entitled: “Fighting human rights violations in times of armed conflict: the case of Mali”. He is also the author of several publications.

He has undertaken several professional trainings, notably in the field of human rights and humanitarian issues, gender and peace support operations, as well as the prosecution and fight against money laundering and terrorism financing.

Prior  to his appointment to this position in November 2020, Judge Modibo was the Technical Advisor in charge of Human Rights, Public Liberty and the Fight Against Money Laundering and Financing of Terrorism and Weapons of Mass Destruction at the Ministry of Justice and Human Rights of Mali.

Judge Modibo has held several other positions in the course of his career, including head of the transitional justice unit of the Justice, Prevention and Reconciliation Project at Lawyers Without Borders Canada and head of strategic litigation at the same organization.

He has also held several positions including:

He was elected judge of the African Court on Human and Peoples’ Rights in February 2021, for a six-year term.