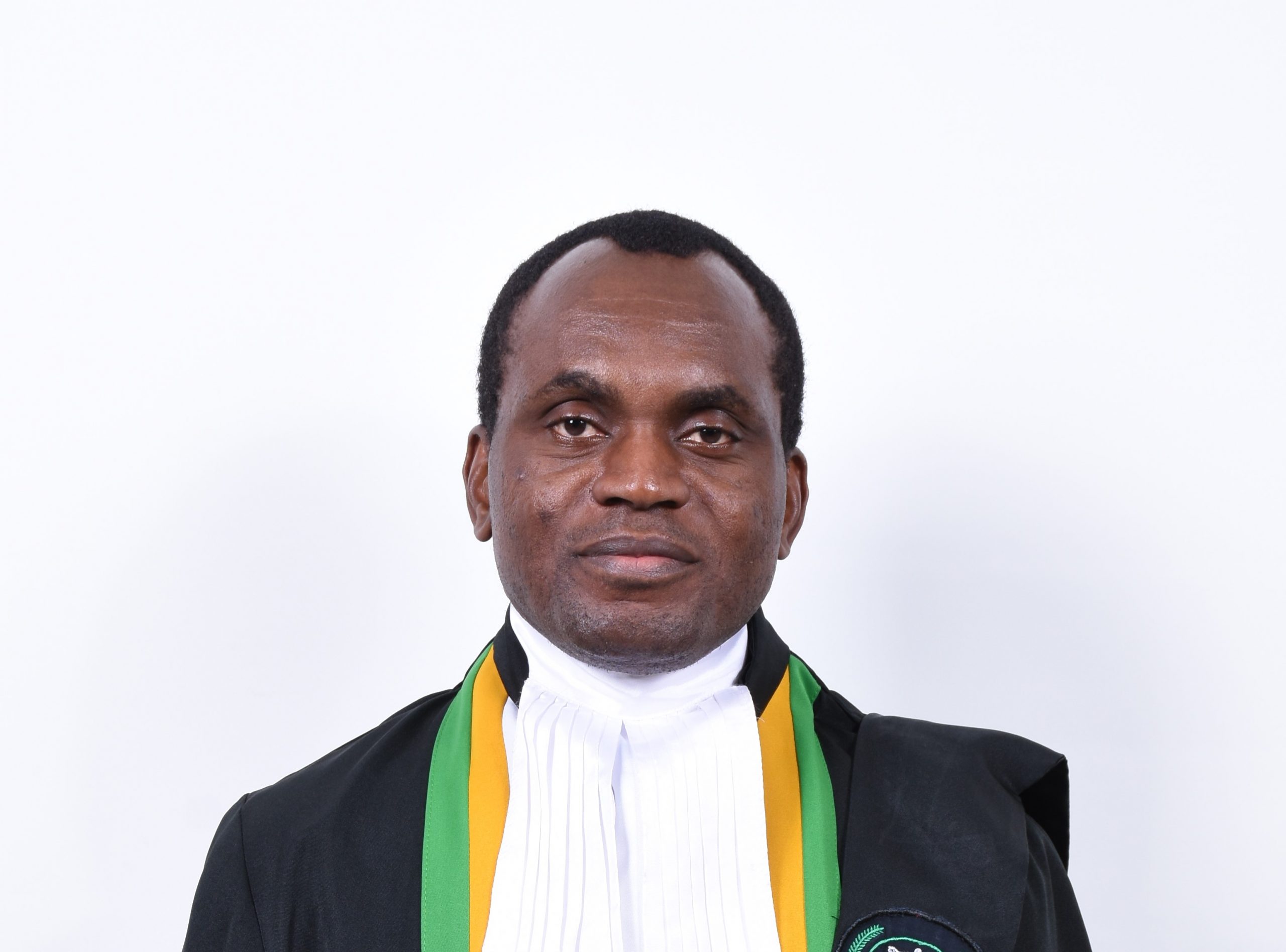 Judge Sylvain Oré, a national of Côte d’Ivoire, was elected President of the African Court on Human and Peoples’ Rights (the African Court) on 5 September 2016 for a two-year term. Elected for the first time as Judge of the Court in 2010 for a four-year term, he was re-elected in 2014 for a second term of six years.

After obtaining a Master’s degree in Law and a Lawyers’ Professional Aptitude Certificate (CAPA) from the University of Abidjan–Cocody, he was called to the Bar of Côte d’Ivoire. He also holds a Certificate of Higher Specialized Studies (DESS) in human rights jointly awarded by the University of Abidjan –Cocody and the Institut de la Dignité et des Droits Humains (Institute of Human Dignity an Rights) of the Centre for Research and Action for Peace, Abidjan, as well as a Diploma in Economic, Social and Cultural Rights from Henry Dunant University College, Geneva, Switzerland. He was a laureate of the lawyers’ eloquence contest organized by the Bar of Côte d’Ivoire in 2001, following which he was conferred the prestigious title of “Conference Secretary”.

He is author of a Doctorate Degree Thesis on “Human Rights Protection by the Community Court of Justice of the Economic Community of West African States (ECOWAS)” and is currently working on a PhD thesis at the University of Paris 1 Panthéon, Sorbonne on the prospects of complementarity and competition between the African Court and the Community Court of Justice, ECOWAS, in the field of human rights protection in Africa.

Driven by his renewed interest in the development of law, Judge Oré has been involved in academic activities; and in that regard, he dispenses courses and gives lectures on a wide range of human rights subjects, as was the case at the Luiss Guido Carli University, Rome, Italy; the Rajiv Gandhi National University of Law, Punjab, India; and the International Human Rights Institute, Strasbourg, France.

Within the same context, Judge Oré participates as keynote speaker or trainer in various initiatives on issues pertaining, inter alia, to international justice in Africa, the rule of law and transitional justice, the right to effective remedy, human rights jurisprudence in Africa, and in regional and international human rights protection mechanisms. Furthermore, he took part as trainer in several capacity-building activities for lawyers, judges and civil society organizations from various regions of the Continent.