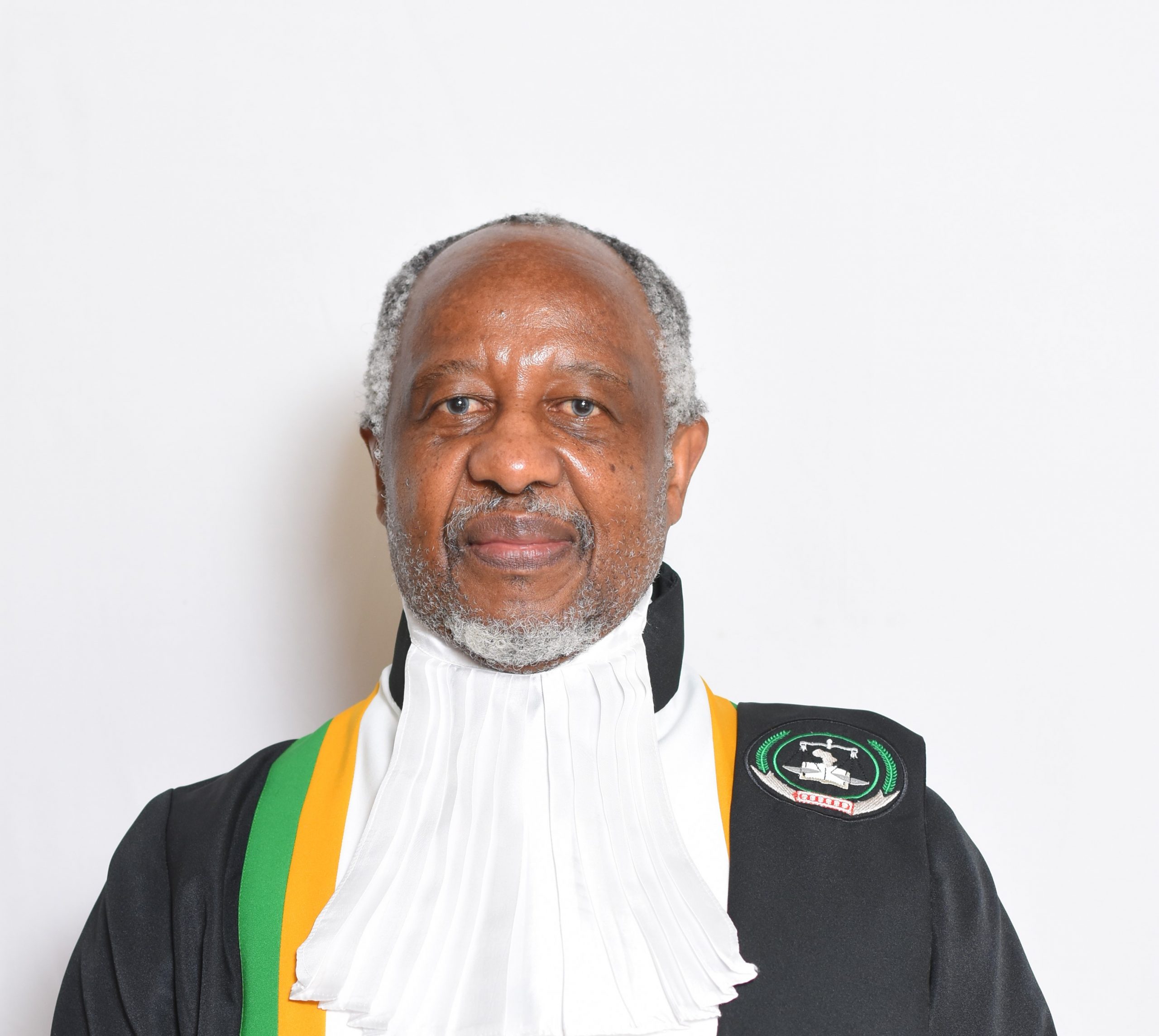 Hon. Justice Dumisa Ntsebeza is a citizen of the Republic of South Africa. He is a   Professor of Law and holds a BA (SA), BProc (SA), LLB) [WSU] and LLM International Law) (UCT). It would interest you to know that he completed his studies for the BProc degree while serving a long prison term for political activism.

Justice Ntsebeza rose to prominence in the 1990’s as Commissioner and Head of the Truth and Reconciliation Commission’s Investigative Unit. He has acted on several occasions as a Judge of the High Court and of the Labour Court in SA.

He practices as an advocate and holds Chambers in Sandton and Johannesburg as a Group Leader of the Sandton Chapter of the Pan African Bar Association of South Africa [PABASA].

In 2002, he was a Visiting Distinguished Professor of Law and Politics in the University of Connecticut, USA, where he taught credit courses in Politics at Storrs, and Human Rights and Reparations Law at UConn’s Law Faculty in Hartford.

In 2004, he was appointed by the United Nations Secretary General to serve as a Commissioner on the UN International Commission of Inquiry into human rights violations in Darfur, Sudan. He has published widely on a number of subjects, including human rights.

He is a qualified and an accredited Arbitrator and Commercial Mediator.

Justice Ntsebeza was elected Judge of the African Court on Human and Peoples’ Rights in February 2021, for a six-year term.