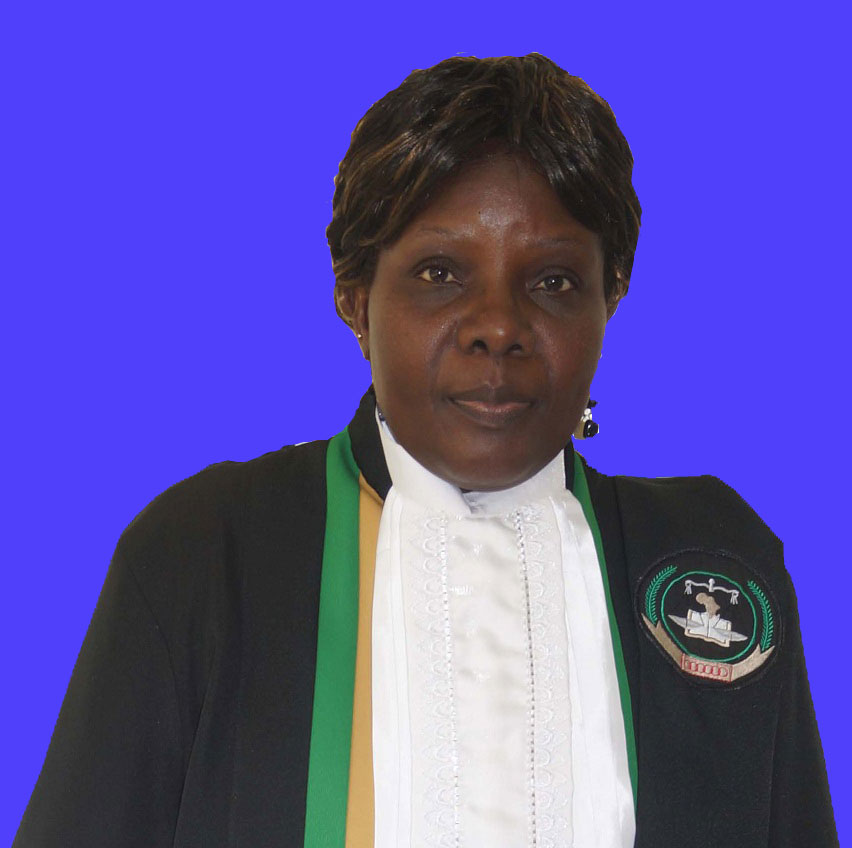 ustice Solomy Balungi Bossa is a national of the Republic of Uganda. She was elected Judge of the African Court on Human and Peoples’ Rights in June 2014, for a term of six years.

The East African Court of Justice for five years (2001-2006), United Nations International Criminal Tribunal for Rwanda (UNICTR) for nine and half years (2003-2013) and currently serves as Judge on the Court of Appeal/Constitutional Court for Uganda.

Before joining the Bench, she was a Lecturer/Law Reporter at the Law Development Centre of Uganda for seventeen years (1981-1997). She has, been a human rights activist since 1980 and has founded/chaired non-profit Organizations in human rights like the East African Law Society.

As a Bar leader, she is well trained on improving access to justice, constitutional and democratic governance, leadership skills, among others. She contributed significantly towards the establishment of the East African Law Society, the East African Centre for Constitutional Development (Kituo cha Katiba), and the Uganda Network on Law, Ethics, HIV and the Law. She also participated through the aegis of the International Commission for Jurists, in the initial stages of drafting of the Additional Protocol on Women to the African Charter.

She holds a Bachelor of Laws Degree (LL.B) Honors from Makerere University. She is a candidate for a Master of Laws Degree (LL.M) from the University of London. She has received various national, regional and inter-national awards in recognition of her distinguished services as a legal practitioner, judge and human rights activist.