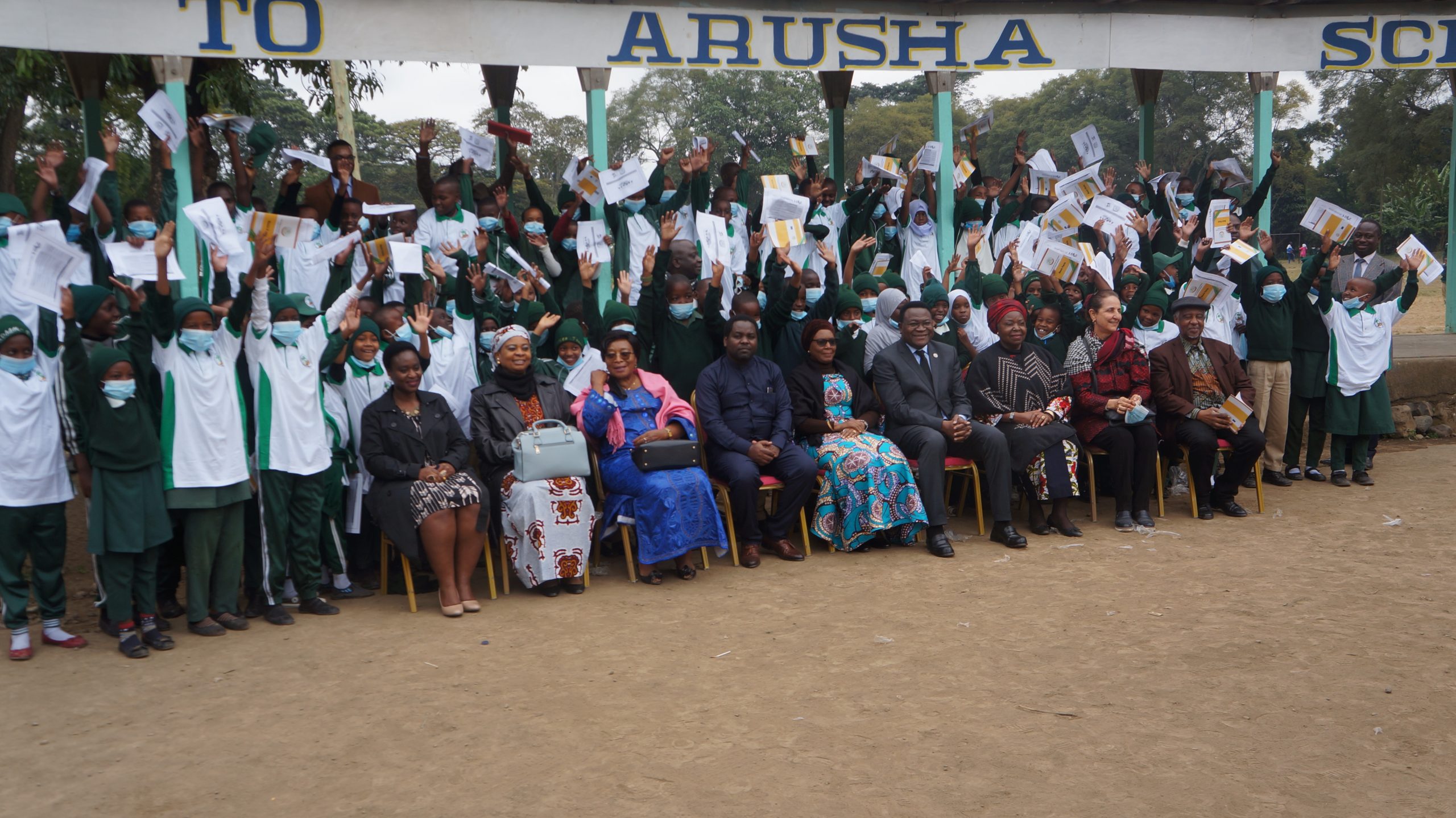 It is with great pleasure that I stand here before you to deliver these welcome remarks on the commemoration of this remarkable, the Day of the African Child– “Siku Ya Watoto Wa Africa”.

As a mother, grandmother and President of the only continental judicial body, the African Court, which is the judicial arm of the African Union, I am particularly gratified with the theme this year on “Access to Child- Friendly Justice Systems in Africa”.

This is more so because, the Mission of the Court is to enhance the protective mandate of the African Commission on Human and Peoples’ Rights by strengthening the human rights protection system in Africa and ensuring respect for and compliance with the African Charter on Human and Peoples’ Rights (African Charter), which was adopted in June 1981 and entered into force in October 1986  in Ouagadougou, Burkina Faso as well as other international human rights instruments, through judicial decisions.

The protective mandate also covers the protection of the rights of children as provided under the African Charter which provides for the right to education, right to take part in the cultural life the community, right to health, etc.

The African Charter is supplemented by the African Charter on the Rights and Welfare of the Child (Children’s Charter) which was adopted in Addis Ababa, Ethiopia, on 11 July 1990. Four principles underpin the Charter namely: non-discrimination, participation, the best interest of the child, and survival and development. Furthermore, this Children’s Charter prohibits child marriage, child labour and child abuse. It also addresses children’s issues related to themes such as juvenile justice, armed conflict, adoption, drug abuse, sexual exploitation and human trafficking.

The commemoration of this day is especially significant because, it reminds us of the outstanding bravery and courage of the thousands of African school children who on 16 June 1976, in Soweto, South Africa, took to the streets to claim their rights and protest about the substandard quality of education they were receiving, and to demand their right to be taught in their own language. Hundreds of these children were shot dead by the police during the protests and several injured.

To honour their courage and in memory of those killed, the Organisation of African Unity (now the African Union) in 1991 established the Day of the African Child. This day is significant because it draws attention to the lives of all the African children today.

Specifically for The Republic of Tanzania, some of the human rights violations against children that have been reported in the recent past by international and national human rights organizations in and out of Tanzania including the Tanzania Human Rights Commission are: increased violence against children, right to education, early marriages, repulsion from schools for pregnant girls, increased exposure of children to HIV infection; child exploitation and forced labour to mention but a few.

Children’s rights in Tanzania are protected at international, continental and domestic levels. They are guaranteed and protected under the UN Convention on the Rights of the Child of 1989 and the African Charter on the Rights and Welfare of the Child of 1990. The instruments require Tanzania to take all appropriate measures to protect children within its territory from all forms of abuse such as torture; violence; inhuman or degrading treatment; and especially sexual abuse and exploitation.

Tanzania has enacted a Law of the Child Act in 2009, which has integrated most of the rights provided for in the international and regional instruments.

It is therefore incumbent upon the government to put in place measures to mitigate and address such violations by ensuring that the legislative frame work is in place, that government policies take into account the situation and rights of children and other vulnerable groups and to ensure that the environment in which the children reside is conducive to implement these measures and strategies.

One of the staff members of the Court, Mr Victor Lowilla, a Legal Officer will deliver a presentation titled “What is the African Child Day’’. He will expound on the importance of commemorating the day of the African Child.

He is also one of the youngest officers at the Court and it is therefore, my hope that your generation can relate a lot more to him. It is also my hope, Watoto Wa Afrika, Watoto wa Tanzania, that when you grow up, some of you will be joining us to collaborate with, intern, consult or work at the African Court.

Before I conclude my remarks, I would like to thank my fellow Judges, and the Registry delegation for attending this auspicious occasion and for the generous donations they have made toward the refurbishment of the School Library and the procurement of library books.  Thank you very much indeed. Mungu awabariki.

Now, it is my singular pleasure to conclude these remarks with a quote from the former President of South Africa, an anti-apartheid revolutionary, a political leader and philanthropist that surmises my sentiments on this day:

“Our children are the rock on which our future will be built, our greatest asset as a nation. They will be the leaders of our country, the creators of our national wealth who care for and protect our people” .

It is on this note of hope that I conclude,  my remarks and welcome you all to this auspicious occasion. Hongera Watoto Wa Africa.

LATEST: SUMMARIES OF JUDGMENTS DELIVERED BY THE AFRICAN COURT ON 22 SEPTEMBER 2022