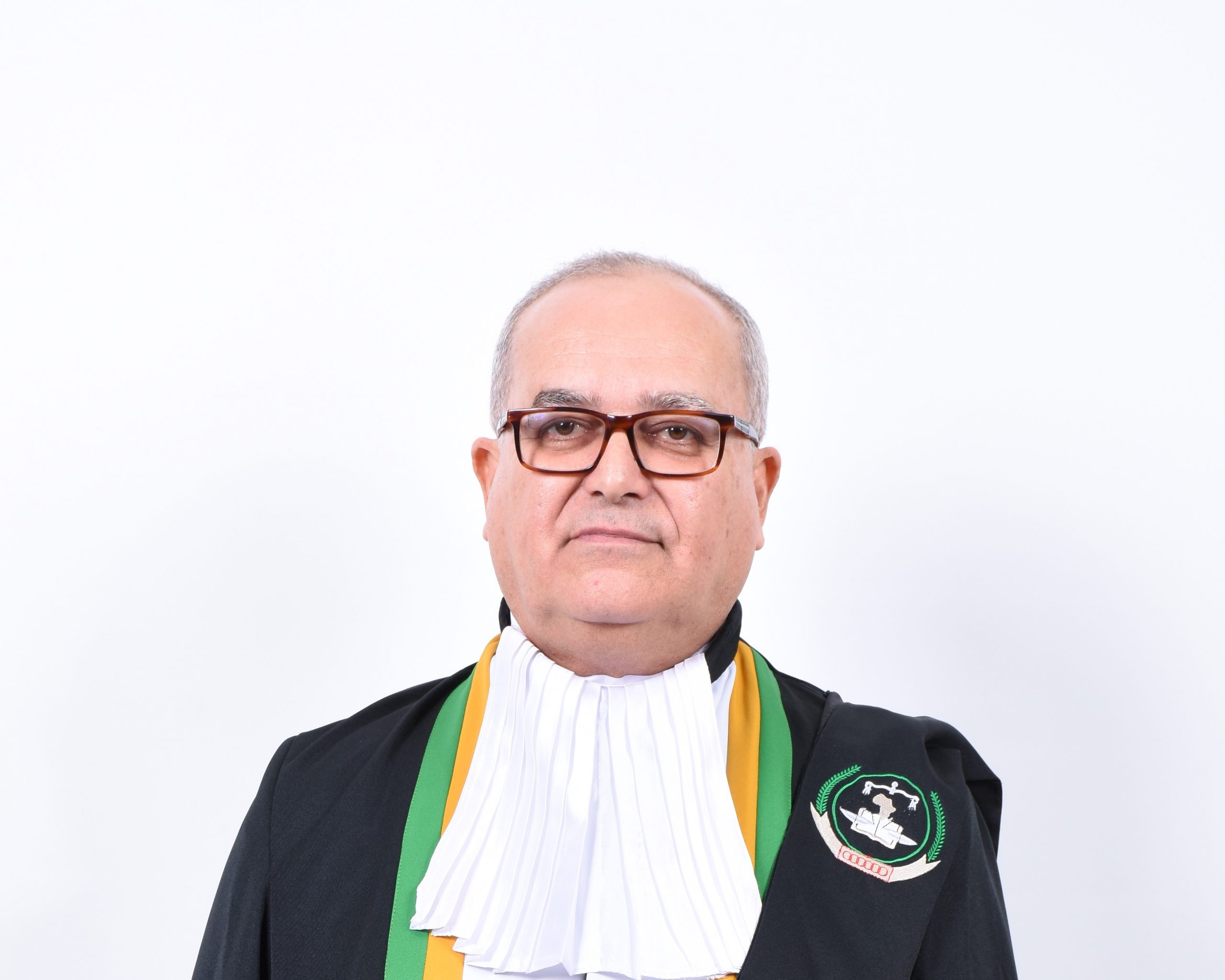 Justice Rafaâ Ben Achour, a native of Tunisia, was elected Judge of the African Court on Human and Peoples’ Rights in June 2014, for a six year term. It was re-elected in 2021 for a second six-year term.

He has been President of a University, Minister and Ambassador.
He has written several books and articles in law.