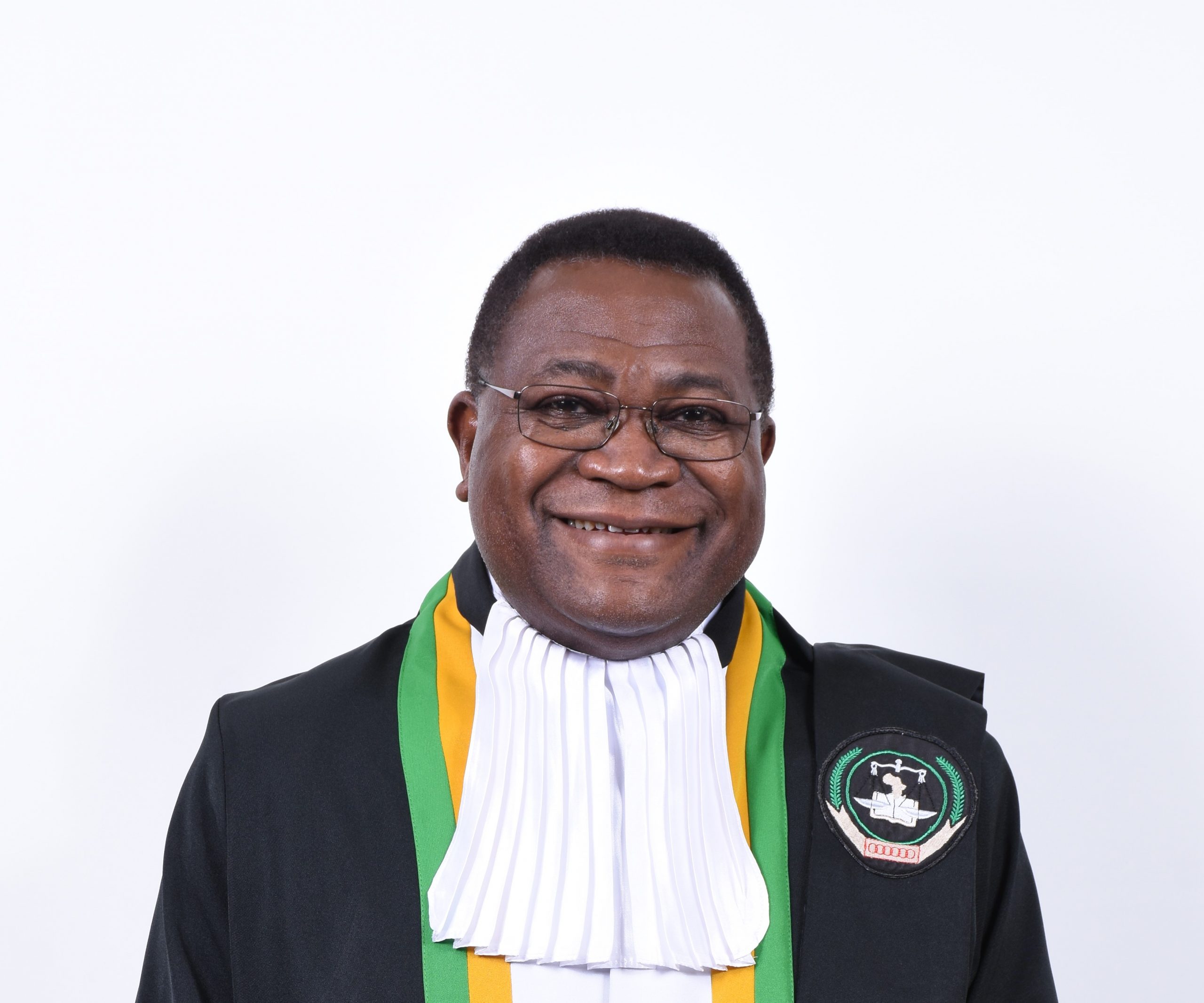 Justice Blaise Tchikaya is a national of Republic of Congo. He was elected Judge of the African Court on Human and Peoples’ Rights in July 2018 for a six-year term.

He is a Professor and Senior Lecturer in international public law, international litigation procedures and human rights in the Inter-American system and in African Union laws in various European, Caribbean and African Universities.

He studied at the Marien N’Gouabi University of Brazzaville and later pursued further studies in France. There, he obtained the Advanced Studies Diploma (DEA) in Public Law. In 1992 he obtained ‘’First Class Honors’’ for his Doctorate in International Public Law at Paris X-Nanterre University supervised by Professor Alain Pellet.

In 2005, he received Pro Facultate Jurisprudentia Medal of Miskolc University (Hungary). After receiving his CAPA (Certificat d ’Aptitude de la Profession d’Avocat) in Paris, he practiced from 2000 to 2006. He is registered by Organisation Pour l’ harmonisation en afrique du droit des affaires (OHADA) since 2002. He also holds a “Habilitation to direct research, HDR”

Justice Tchikaya was elected member of the African Union Commission on International Law (AUCIL) at the Assembly of the African Union in 2009. In the same year, he became the first President of AUCIL and has been tasked with the responsibility for the operationalization of the new continental body.
He was also the Special Rapporteur on the “Misdeeds of the Trans-Atlantic Slavery against Africa from the perspective of International law” (les méfaits de l’esclavage transatlantique sur l’Afrique du point de vue du droit international”).

Justice Tchikaya is author of many articles in international public law. He has published many books, including International Law Jurisprudence 1922 – 2015, which is currently in its seventh edition. He also published in 2004 a reference book on the African Union titled “African Union Law: Principles, Institutions and Jurisprudence”.