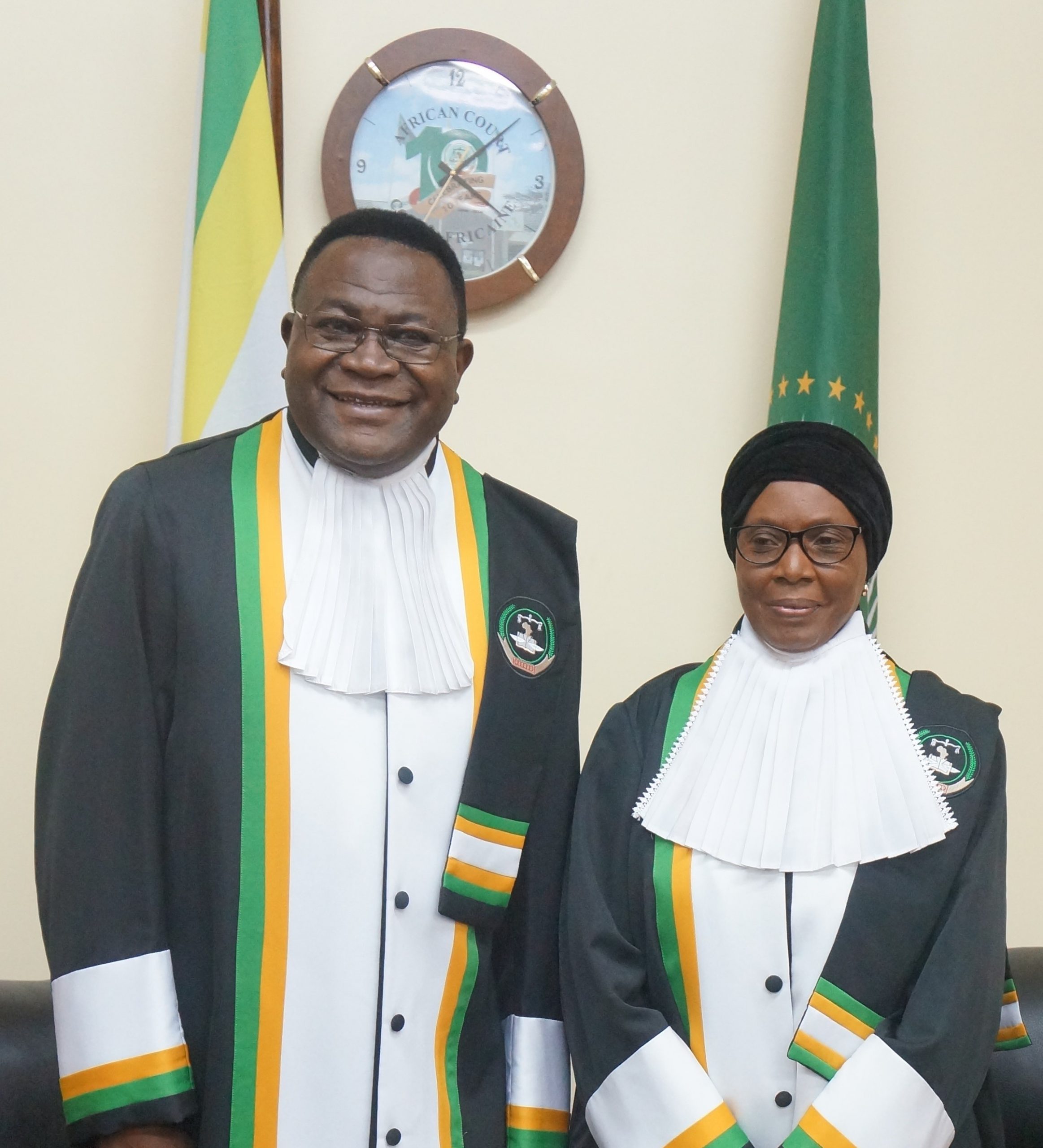 on: May 31, 2021In: Current press release, Press Releases
Print Email

Arusha, 31 May 2021: The African Court on Human and Peoples’ Rights (AfCHPR) today elected Justice Imani Daud Aboud from the United Republic of Tanzania as President for a term of two years.

The Court at its 61st Ordinary Session also elected Justice Blaise Tchikaya from the Republic of Congo as the Vice-President.

Justice Imani takes over from Justice Sylvain Oré from Côte d’Ivoire who has completed his tour of duty. Justice Tchikaya succeeds Justice Ben Kioko from Kenya.

During the four-week Session, the Judges, among others, will examine a number of applications.

As part of the Court’s 15th Anniversary, the Court has organised a virtual Judicial Retreat of Judges from 2-4 June 2021.