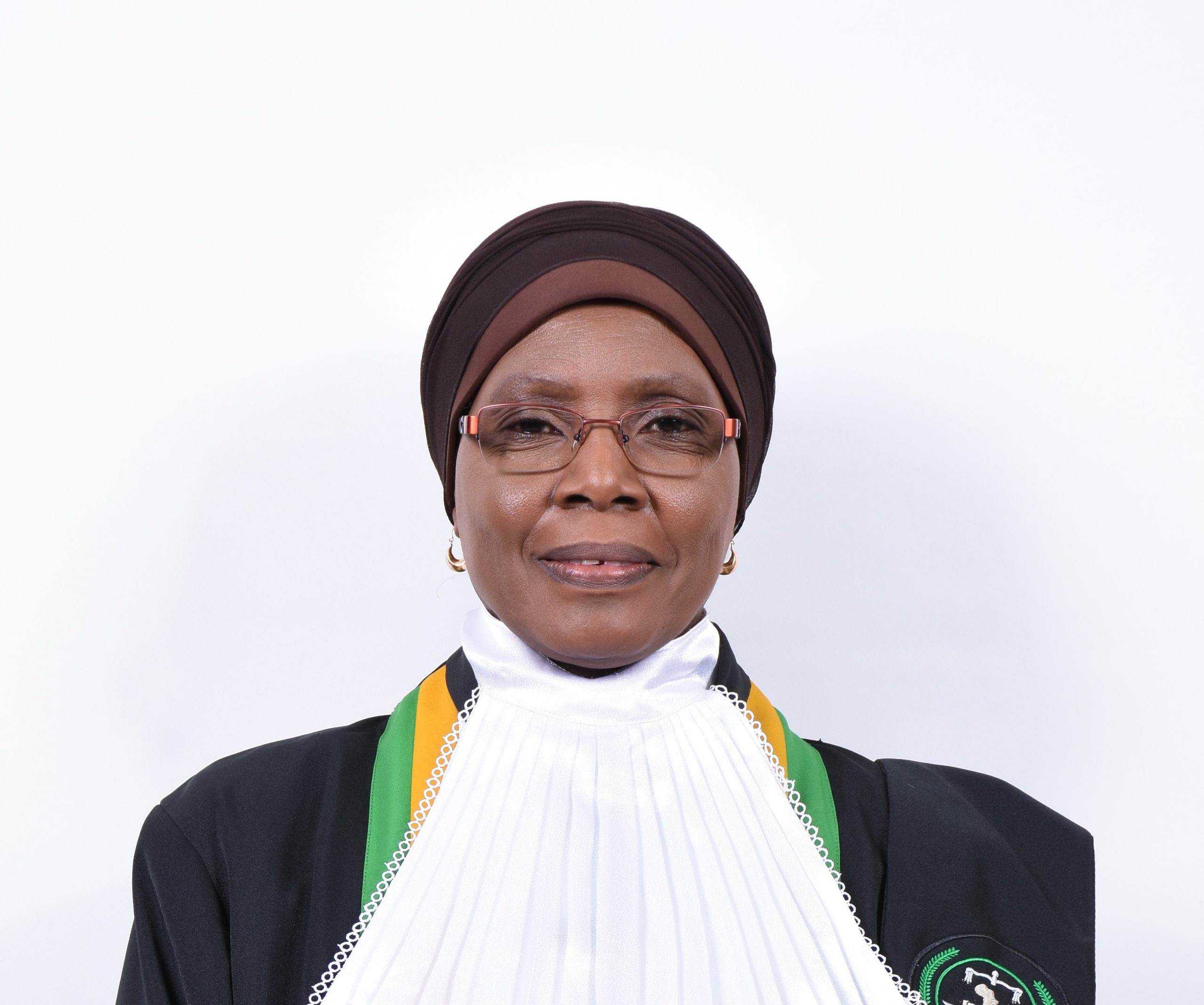 2022 NEW YEAR MESSAGE OF HER EXCELLENCY IMANI D. ABOUD, PRESIDENT OF THE AFRICAN COURT ON HUMAN AND PEOPLES’ RIGHTS

In recent years, the African Court on Human and Peoples’ Rights has adopted the global tradition of extending New Year wishes to the public, partners and other human rights stakeholders. In keeping with this tradition and on the occasion of this New Year, I would like to extend my best wishes to the family, friends and partners of the Court. As this message sets the tone for the New Year, I believe that the year 2022 will offer us the opportunity to reshape human rights justice in Africa. My message for this year is therefore a call for all stakeholders to build an alliance towards three main achievements: pursue quality justice; place States at the heart of the discourse on human rights justice; and devise strategies to promote Africa’s contribution to overcome the global and regional democracy crisis.

In the past two years, the African Court has adjusted itself to the fast-changing nature of international human rights justice, especially in dealing with the challenges brought by the covid-19 pandemic. The achievements of the Court since the advent of the pandemic reveal a consistent trend of increased productivity. Despite the difficulty of holding in-person sessions, it has almost doubled its judicial output by delivering several judgments in a calendar year. However, the year 2022 comes with its own peculiar challenges. As a judicial institution, the African Court will certainly encounter challenges that are common to the administration of justice in Africa during a time justice will remain largely virtual. These challenges include upholding fair trial rights, developing adequate solutions to an emerging socio-political litigation, and enforcing effective remedies in an era of increased assertion of sovereignty by States. The Court must also grapple with the crucial need to best capitalise on its now well-established operational capacity to harness quality and greater authority. Realising this aim necessarily involves both internal institutional reform but certainly requires external stakeholders to reinvent their judicial engagement in a way that helps the Court unleash its full justice-delivering potential, as envisaged by the African Union and fervently awaited by Africans.

As many of you are aware, the African Court is at the crossroads of institutional development. Engagement with various stakeholders in the course of last year has reinforced our resolution that self-led reform is the way to go if we are to preserve the fundamentals of the African human rights justice system. This said, it is beyond dispute that a meaningful reform of the Court cannot be achieved without the overall institutional overhaul of the African Union as the intergovernmental umbrella organisation. This speaks to a critical ingredient in framing the justice discourse during the year 2022: Bring States back at the heart of human rights justice in Africa. In this respect, I would like to seize this opportunity to commend the African Union and Member States for the unwavering commitment expressed in the year 2021 to engage in a constructive dialogue with the Court with a view to conducting a review of their role in promoting human rights justice in Africa. When this dialogue materialises in the New Year, it is my sincere hope that it will serve as a common platform to build and strengthen a cordial relationship between the Court and the Member States and eventually, improve the human rights justice landscape on the continent.

It is also important to note that the protection of human rights cannot be fully realised without the active participation of African citizens and the support of non-governmental actors, who represent the people of Africa for whom and on whose behalf Member States established the African Court. What the current leadership of the African Court therefore hopes for is that African civil society joins the Court’s reform process by actively engaging with the African Union, individual States, and the Court.  As much as we should favour changes that reposition States as the key stakeholders, African citizens should proactively engage with the Court directly and through the African civil society to ensure the effective protection of their rights and fundamental freedoms.

Finally, human rights justice is at the centre of the debate on current threats to democratisation in Africa. There is a growing general concern that human rights will be the primary victims of a new global trend of unconstitutional changes of government and relapse to the authoritarian past. In the year 2022, the African Court will therefore assume the huge task of delivering human rights justice in a regional environment impacted by the global democracy crisis. For this, the Court will have to withstand the challenges that the operational environment will undoubtedly engender and likely affect its operation.

Furthermore, ongoing socio-political developments on the continent create a pressing need that requires us to rebuild institutional trust. As a result, building and deepening institutional trust both in the eyes of the public and Member States will be one of the focus areas of the Court in the New Year. Institutions such as the African Court have proved in the past years that they can bring a significant contribution to achieving regional integration and human development. Should African governments renew their commitment to the original aim that led to the establishment of the African Court, it is certain that, by readapting itself to cope with and respond to today’s challenges, the Court will make an unprecedented contribution to resolving the regional democracy crisis currently facing the continent.

Ultimately, crystallising these perspectives in the course of the year requires the support of all stakeholders, whether the African Union, Member States, Judges and staff of the Court, litigants, African organisations and organisations working in and for Africa. On behalf of our Court, I therefore call on all of you to lend a hand in the realisation of the Court’s vision of creating a continent with a viable human rights culture. Beyond the African Union, “the Africa We Want” motto should now be owned by African leadership and individual citizens. It is the strong hope of the African Court that we all are inspired by this motto for the year 2022 and affirm our collective commitment to a human rights-oriented regional integration.

APPLICATION NO. 056/2016 – JUDGMENT SUMMARY – JUDGMENT ON MERITS AND REPARATIONS