NEWS
06:50
Home Media Photos WELCOME REMARKS BY HONORABLE JUSTICE IMANI D. ABOUD, PRESIDENT OF THE AFRICAN COURT ON HUMAN AND PEOPLES’ RIGHTS AT THE OPENING OF THE 5TH JUDICIAL DIALOGUE 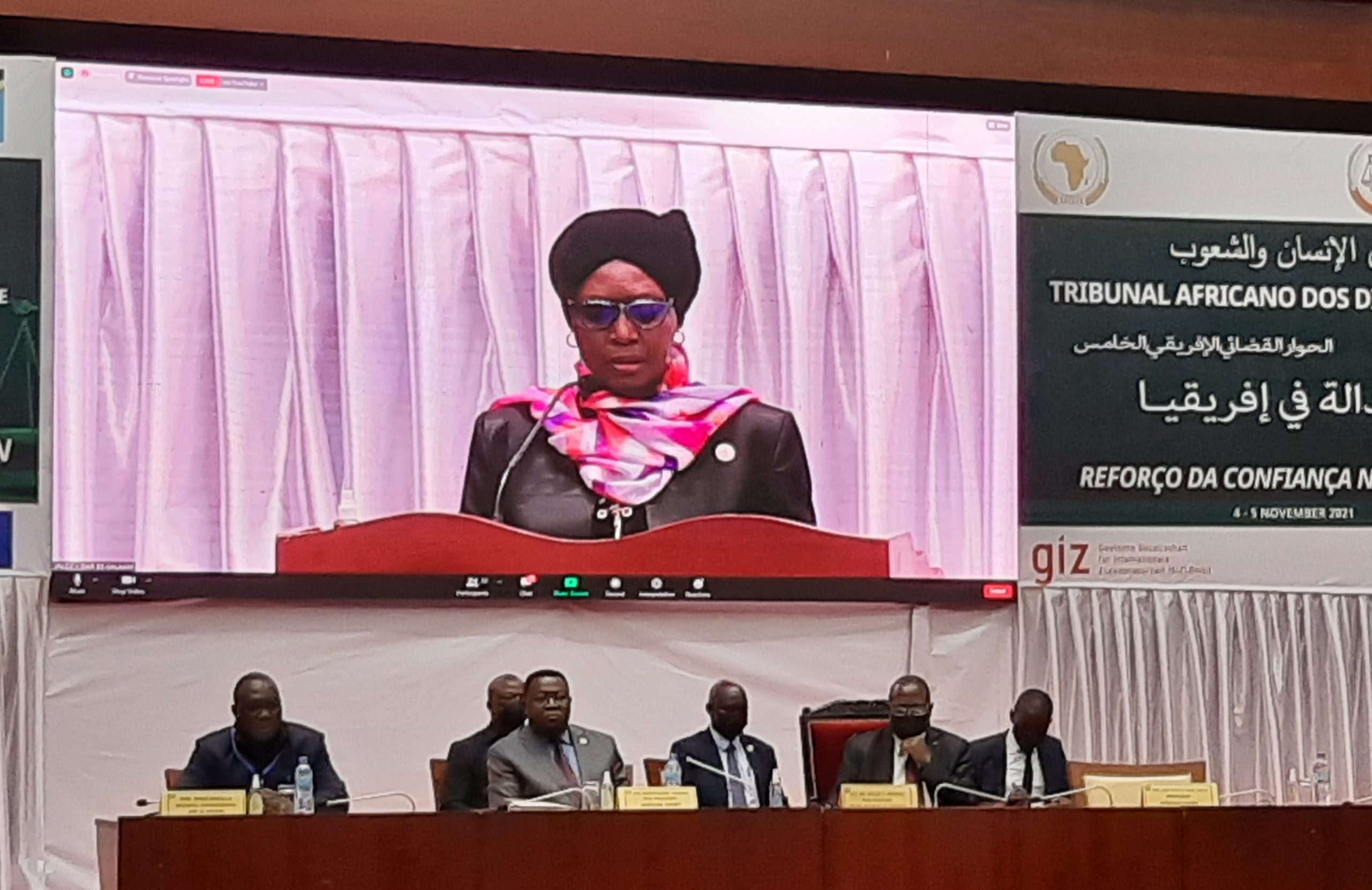 WELCOME REMARKS BY HONORABLE JUSTICE IMANI D. ABOUD, PRESIDENT OF THE AFRICAN COURT ON HUMAN AND PEOPLES’ RIGHTS AT THE OPENING OF THE 5TH JUDICIAL DIALOGUE

Allow me to first extend to you a warm welcome to Dar es Salaam, otherwise known as the heaven of peace. I would like in particular to express my gratitude and that of the Court to Her Excellency the President of the Republic for designating His Excellency Dr Philip I. Mpango, Vice-President of the Republic to launch this important event. On behalf of the African Court and my own behalf, I extend appreciations to the Government of the United Republic of Tanzania for the continued support afforded to the African Court as our host country. Your Excellency, we thank you for continuing to be the capital city of international human rights justice in Africa.

I am also appreciative of the time taken that my colleague, Professor Juma, to be part of this event and of today’s opening ceremony in his capacity as Chief Justice of the United Republic of Tanzania. Honourable Chief Justice Juma, we congratulate you on the good work being done to continue guiding the judiciary of Tanzania towards the fulfilment of its mission in a manner that is consonant with Tanzania’s commitment under the African Charter and other applicable international human rights norms.

Your Excellencies, and Distinguished participants, this 5th Judicial Dialogue held by the African Court under the aegis of the African Union has elected to debate the recurring question of the independence of the judiciary. Without wanting to dwell much into the substance of issue, I would like to make a few observations on the context in which judicial independence is currently debated not only by academics but also by courts whether national or international. A first observation worth being made is that judicial independence is so intimately connected to social behavior that it cannot possibly be assessed and debate away from non-legal parameters such as sociology, psychology, idiosyncrasy, and even religion. While these parameters belong more to the personal and individual sphere, one should not lose sight of the fact, even acting under the guise of the institutional body of a bench, courts of law are only the result of merged individual and personal agents influenced by the same parameters.

A second observation I would like to make is that, in the justice system supervised by the African Charter and the African Court, there is a legal wealth that interpretation can tap into. The legal sphere in Africa is indeed characterized by diversity. Member States of the African Union implement different legal systems, different structures and organization of the judiciary, and different oversight schemes when it comes to supervising the operation of the judiciary. When adjudicating judicial independence, contextualization demands that this mosaic of factors be kept in mind to avoid an out of context judicial law-making.

My third observation relates to judicial dialogue as a standalone dynamic. As this 5th Judicial Dialogue discusses questions of efficiency and effectiveness of the judiciary, there is no better time to recall that the principles of complementarity and subsidiarity apply to any debate on judicial effectiveness. As some of you might be aware, the bulk of the cases that make their way to the African Court arise from and relate to proceedings in domestic courts. So, in a sense, adjudication activity in regional judicial bodies, including the African Court, revolves around the assessment of effectiveness and efficiency of national judicial systems. In discussing this topic, I therefore invite you to bear in mind that judicial dialogue will only make sense if national judiciaries are rendered more effective to make complementarity of justice more pertinent to the protection of human rights in Africa.

Your Excellency, Distinguished colleagues and participants, let me wrap up my remarks by welcoming you all again on behalf of the African Court. I congratulate staff of the Court’s Registry for efforts put into the organization of this event, and wish all of us fruitful deliberations. I thank you for your kind attention.