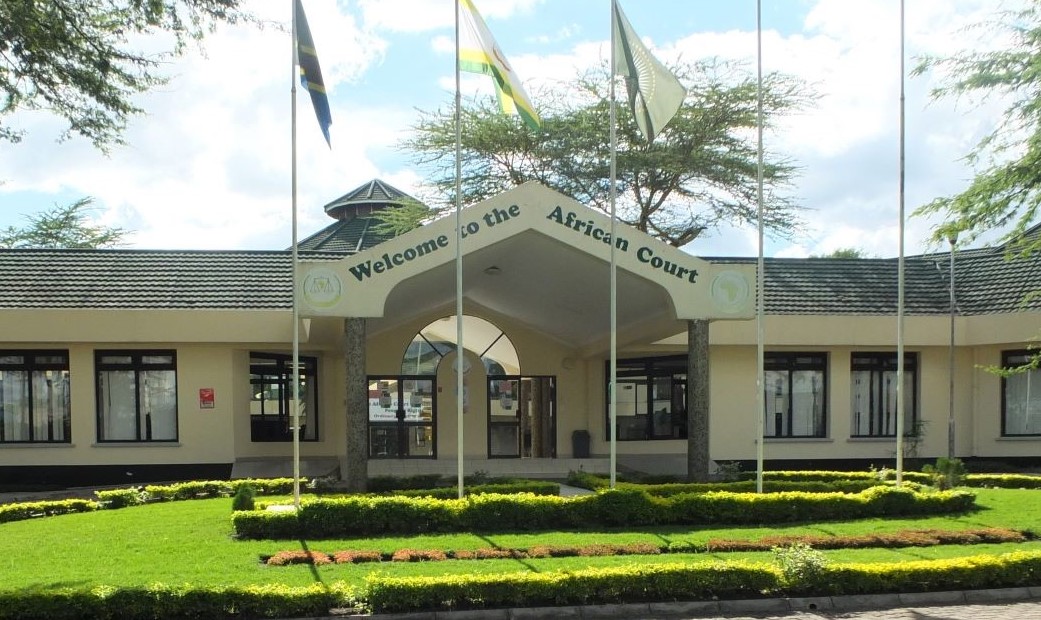 AFRICAN COURT ON HUMAN AND PEOPLES’ RIGHTS BEGINS ITS 61st ORDINARY SESSION ON 31 MAY 2021 : TWO JUDGES WILL BE SWORN-IN AND NEW BUREAU ELECTED

Arusha, 27 May 2021: The African Court on Human and Peoples’ Rights (AfCHPR) will begin its 61st Ordinary Session on Monday, 31 May 2021, at its Seat in Arusha, the United Republic of Tanzania.

At the same Summit, Hon Justice Rafaâ Ben Achour from the Republic of Tunisia and Hon Lady-Justice Imani Daud Aboud from the United Republic of Tanzania were re-elected for a second and final term.

During the session, the Court will also elect new Bureau – President and Vice President –  for the next two years.

The Judges, among others, will examine a number of applications during the four-week session that will end on 25 June, 2021.

As part of the Court’s 15th Anniversary, the Court has organised a virtual Judicial Retreat of Judges from 2-4 June 2021.

The swearing-in ceremony will be live streamed via link: https://www.youtube.com/user/africancourt/live

1. The newly elected Justices are replacing Hon Justice Oré from of Côte d’Ivoire (2010-2021) and Hon Justice Justice Ângelo Vasco Matusse from the Republic of Mozambique (2014-2021).

Justice Ntsebeza practices as an advocate and holds Chambers in Sandton, Johannesburg, as a Group Leader of the Sandton Chapter of the Pan African Bar Association of South Africa [PABASA]. Ntsebeza is a qualified and an accredited Arbitrator and Commercial Mediator, among others.

Justice Modibo is an Expert in the Prosecution and Repression of Human Rights Violations.

He is also Expert in International Human Rights Law, among others.