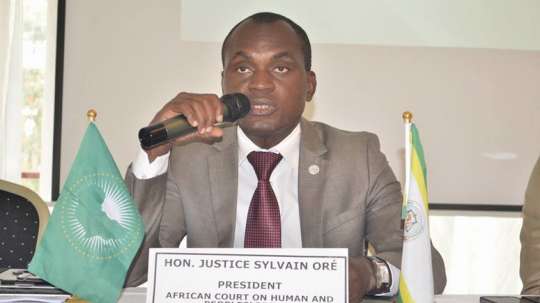 “In the Name of God, the Merciful, the Compassionate…We, the representatives of
the Tunisian people, members of the National Constituent Assembly… With a view to
building a republican, democratic and participatory system, … where the state
guarantees the supremacy of the law and the respect for freedoms and human rights,
the independence of the judiciary, the equality of rights and duties between all citizens,
male and female, and equality between all regions; We, in the name of the Tunisian
people, with the help of God, draft this Constitution”.

ADVISORY OPINION OF THE AFRICAN COURT ON HUMAN AND PEOPLES ‘RIGHTS DELIVERED ON JULY 16, 2021

LATEST: SUMMARY OF JUDGMENTS DELIVERED AT THE CLOSE OF 61ST ORDRINARY SESSION