NEWS
01:52
Home Media Speeches REMARKS OF H.E IMANI D ABOUD, PRESIDENT OF THE AFRICAN COURT ON HUMAN AND PEOPLES’ RIGHTS ON THE OCCASION OF THE VISIT OF THE DELEGATION OF THE WEST AFRICA ECONOMIC AND MONETARY UNION COURT OF JUSTICE 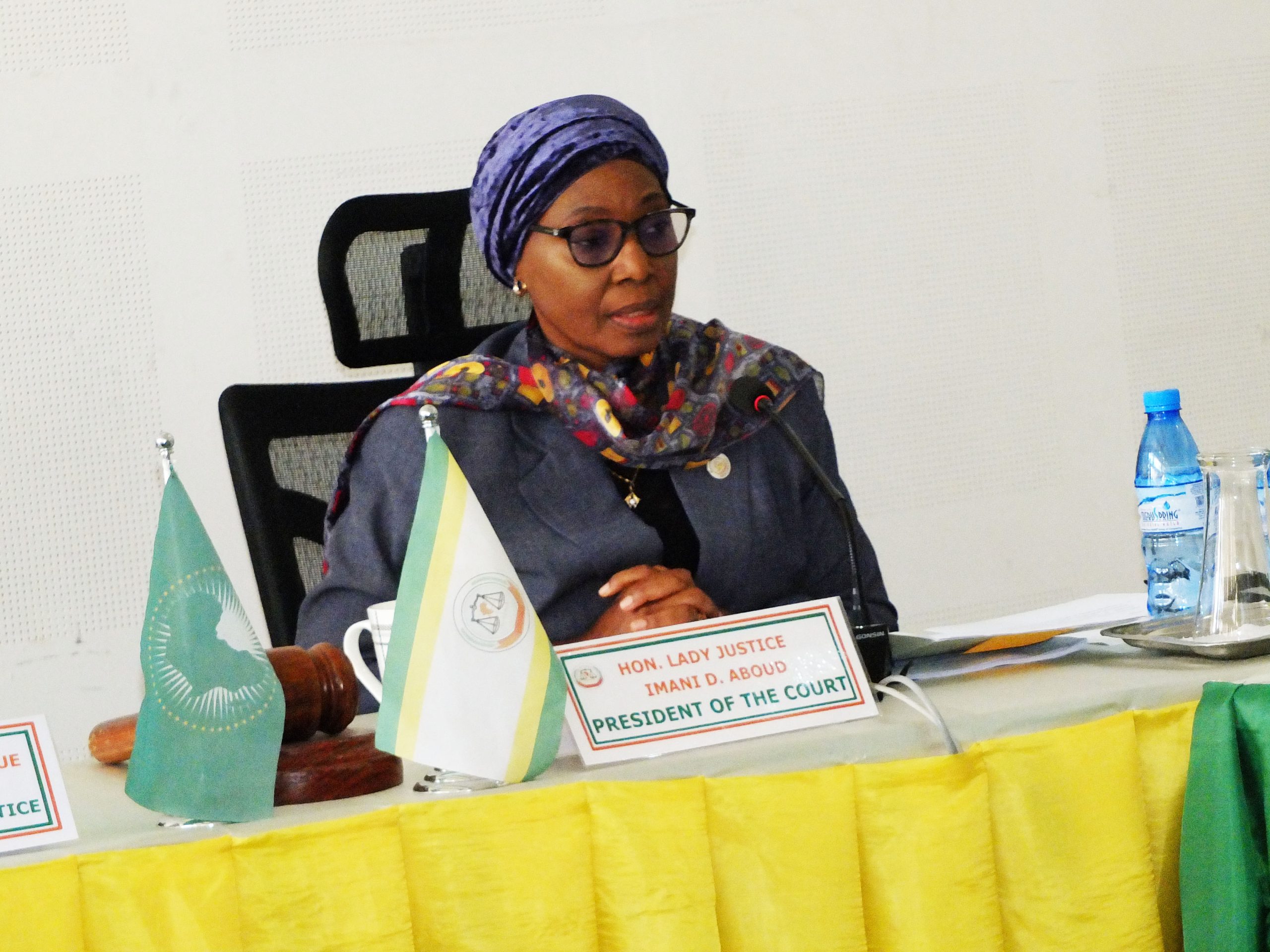 REMARKS OF H.E IMANI D ABOUD, PRESIDENT OF THE AFRICAN COURT ON HUMAN AND PEOPLES’ RIGHTS ON THE OCCASION OF THE VISIT OF THE DELEGATION OF THE WEST AFRICA ECONOMIC AND MONETARY UNION COURT OF JUSTICE

Officers of both Court

Judicial dialogue has become a main feature of the globalization of law and justice. The idea has even been advanced that the language of law is intersectional and transversal. There is also a global agreement towards universalism of justice, especially in the development of modern states and constitutional democracies. International justice equally borrows from the same principles. The visit that begins today is an illustration of these trends. It might indeed not be self-evident for the court of justice of an economic and monetary organization and a judicial institution such as the African Court to pursue cooperation. I would like to command the leadership of His Excellency President Daniel for spearheading this burgeoning cooperation.

This normative delegation suggests that there is potential for interaction between the African Court and the WAEMU Court of Justice given that interpretation of the same law may be involved. Certain other factors further encourage cooperation for purposes of coordination. Firstly, the African Charter is of universal ratification in Africa, and all Member States of WAEMU which automatically subject themselves to the jurisdiction of the Court of Justice, are also part of the African Court jurisdictional arrangement. Secondly, even though on a few occasions, the African Court has been called to examine matters pertaining to human rights with economic, administrative or other connotations. The likelihood of such cases being brought to the Court in future is real.

Against this backdrop, the trend to cooperation is justified. Mr President and dear colleague, I would like to assure you of the commitment of the African Court to explore various opportunities that will come to the fore in line with our respective statutes and the demands of regional justice. I would believe that our respective registries will engage on the format and contents of possible joint ventures.

Once again, I congratulate you on on your achievements in the leadership of the Court of Justice, and welcome to Arusha, the seat of the African Court and the capital of international justice in Africa. I wish you a fruitful and peaceful stay in Arusha and invite you to also, besides official engagements, attempt to explore what the Arusha and Kilimanjaro regions offer our guests.

Thank you all for your kind attention.