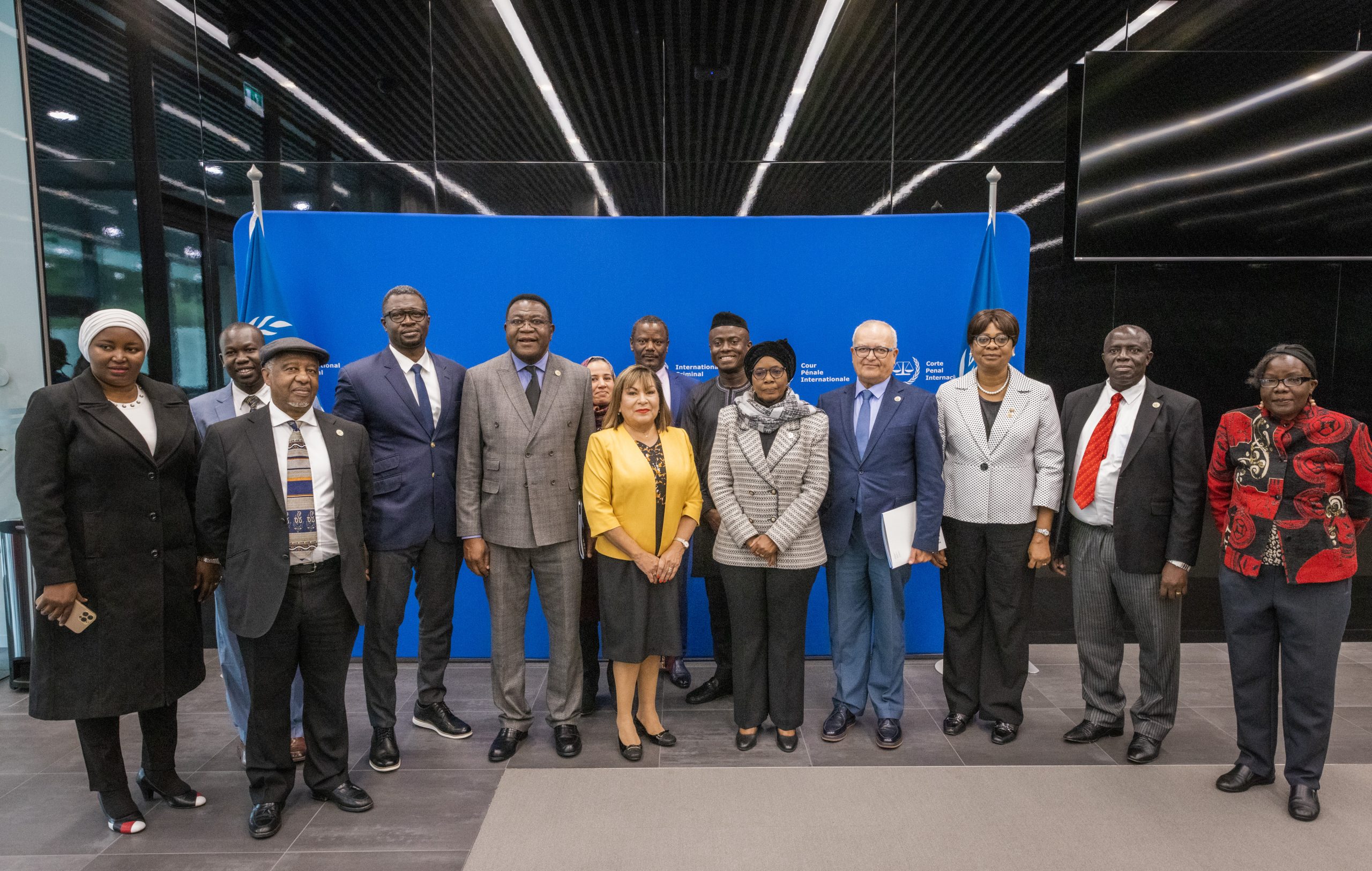 On Tuesday, 27th September 2022, a delegation of Judges and Registry Officers of the African Court on Human and Peoples’ Rights (African Court) undertook a peer to peer bench-marking visit to the International Criminal Court (ICC) at The Hague in a bid to enhance exchange and cooperation. The visit of the delegation led by its President, Honourable Lady Justice Imani D. Aboud, was held as part of the African Court’s increased endeavour to engage in judicial dialogue with international institutions sharing similar or cross-cutting mandates.

During the visit, the African Court’s President and her delegation met with ICC’s Vice-President, Judge Ibanez Luz del Carmen Ibáñez Carranza, and Judge Solomy Balungi Bossa – formerly a Judge of the African Court. The delegation also met with senior officers of the Office of the Prosecutor and Registry of the world criminal tribunal. Exchanges revolved around issues concerning international justice, and particularly questions that arise in the intersection between international criminal justice, and international human rights adjudication such as fair trial rights, use of technology in administration of justice, as well as reparations to victims. The two teams also engaged on legal aid, and knowledge management systems which have become key components of an effective administration of justice in the international realm.

In her welcome statement, ICC’s Vice-President Ibáñez Carranza restated the critical understanding of complementarity between international criminal and regional human rights systems as both work within the same interconnected global justice network. She stressed the importance of working through synergy to achieve the common cause of ending impunity for crimes committed against humans.

As the only operational judicial organ of the African Union, the African Court has adopted judicial dialogue as one of the key pillars of its current strategic plan to achieve its mandate towards a more effective protection and enforcement of the individual and group rights guaranteed in the African Charter on Human and Peoples’ Rights. One legal anchorage of the African Court’s engagement with the ICC is Article 21 of the Rome Statute, which requires all stakeholders of international criminal justice to work consistently with internationally recognised human rights standards.

As the President of the African Court stated in her address to her ICC counterpart, the outcome of this visit is expected to strengthen recommendations from previous engagements to enhance legal knowledge and improve institutional practices.

In concluding their exchanges, the two institutions committed to enhance the existing cooperation through positive complementarity; as well as continued operational and judicial engagement.