NEWS
20:14
Home Latest Informations REPUBLIC OF BENIN TO WORK CLOSELY WITH THE AFRICAN COURT ON HUMAN AND PEOPLES’ RIGHT TO STRENGTHEN HUMAN RIGHTS 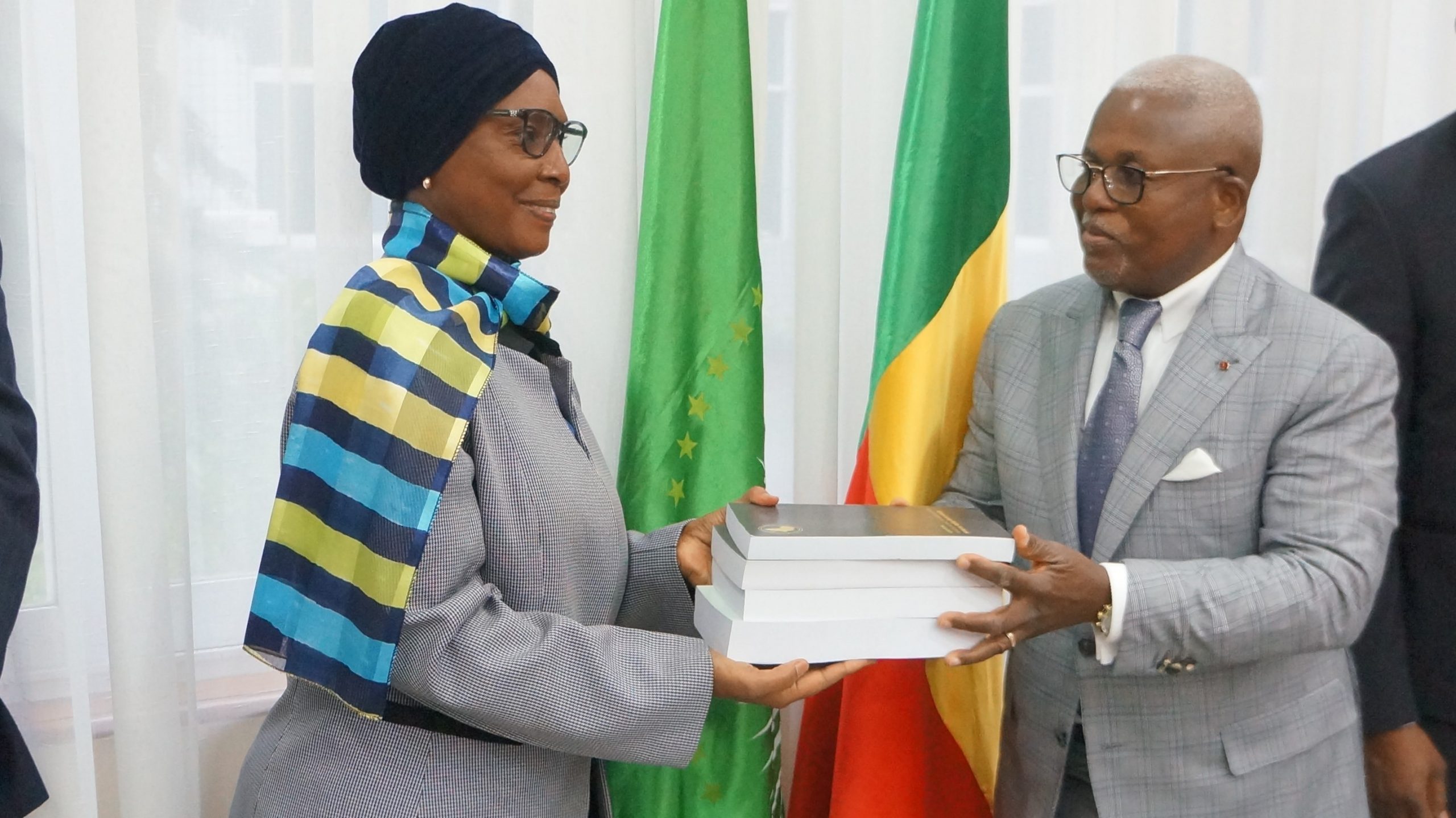 Cotonou, 21 October 2021: The Republic of Benin has indicated that it is committed to strengthening human rights and good governance, and that it will work very closely with the African Court on Human and Peoples’ Rights to attain this objective.

The assurance was given today by Benin’s Minister for Justice and Legislation, His Excellency Séverin Maxime Quenum, during discussions with the visiting African Court delegation led by its President Hon. Lady Justice Imani Daud Aboud.

The delegation included the Vice-President of the Court, Hon. Justice Blaise Tchikaya, and key Registry staff.

The Minister lauded the visit, adding that it was encouraging to see that the Court’s new leadership has taken a renewed approach of engaging with AU Member States on ways to strengthen the continental judicial body.

“The new leadership of the Court has embarked on a renewed approach to its cooperation with States due to challenges it has faced recently in this respect. This is a most welcome and refreshing move,’’ the Minister said during the joint meeting.

reviewing the structure of the Court and its Registry as well as conditions of service of Judges.

‘’The Court needs an overhaul of its statutes to take into account some operational challenges it has been facing,’’ the Minister pointed out.

Justice Imani said the Court has been facing challenges include the relatively low level of ratifications, very few declarations which have been on the decline in recent years, and a poor level of implementation of decisions of the Court.

“The protection of human and peoples’ rights is a collective responsibility, with the Member States at the centre as the key stakeholders. The African Court was established at the instance of the Heads of State who were convinced, and still remain convinced, that the African Court is a key player in the socio-economic and political development of the continent,’’ she reminded.

The Court, she added, was established to help States meet their obligations to ensure the enjoyment of human rights of their nationals, and for the Court to effectively discharge its mandate, the support of States is very critical.

She added: “The Court is extending a hand to all Member States of the Union to work together for the enhancement of human rights on the continent.”

The Court is marking its 15th Anniversary this year and needs everyone’s support to ensure it executes its mandate as enshrined in the Protocol. “The Court is organising a Retreat with the policy organs of the African Union to discuss possible reforms of the Court in Zanzibar in December.’’ President Imani said.